Finally, a new template, different than the previous ones

Yes, we know, templates are the most important part of a website. If it isn't pretty AND functional, it will just suck. But before getting to the point, let the updates round begin!

All base templates updated to the next minor version (x.x.5):

Say HI! to the Responsive Template! 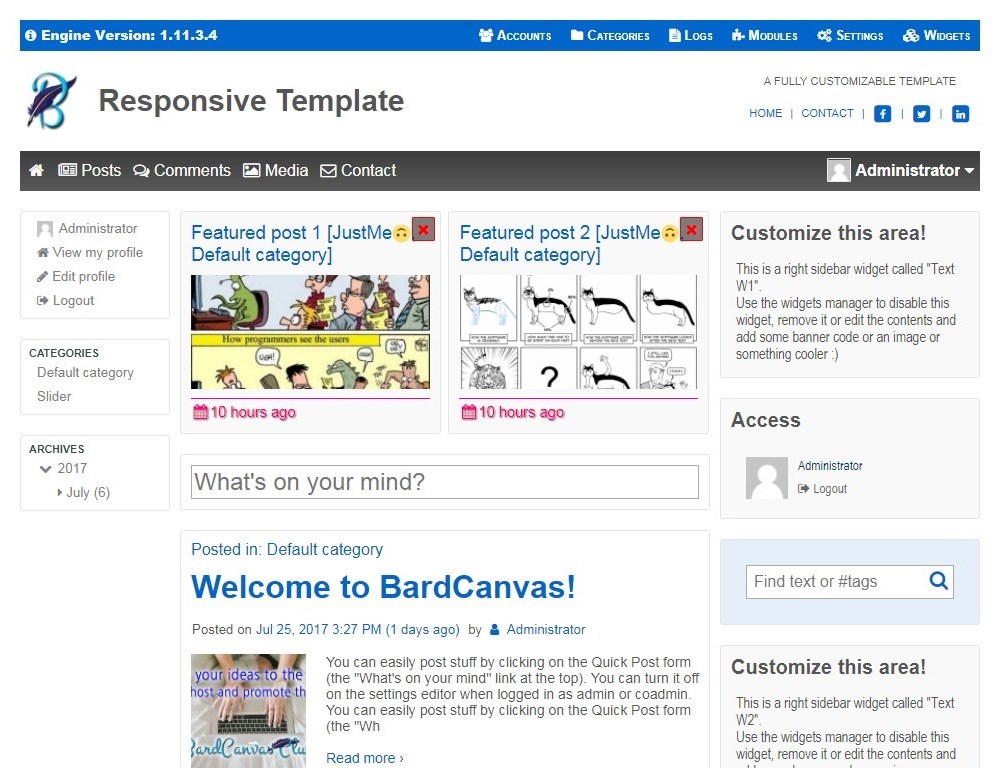 As we discussed with some users in the past, the base template (the BardCanvas flagship template) took several weeks to be completed, The other four templates based on it (Andrea, Patricia and Blue/Orange Network) are esentially the same thing but with a few visual differences. They were orinigally made to mark the differences in BardCanvas powered websites that were in development some months ago, and we didin't have time to make them essentially different.

Now, with the BardCanvas Club initiative, we're being asked to push ourselves and make new templates. We got some recommendations, and picked up a few Open Source templates made for WordPress. Thus, the porting started.

The Responsive template is based on the CyberChimp's template with the same name. It adds new elements and has editable options. And yes, it is both free and open source. Take a look now!

Within the next days we will release a few additional templates, and we will announce them as soon as they're all ready to roll.